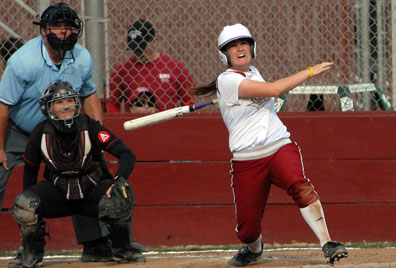 Stockman helped the third-ranked Wildcats go 3-1 at Humboldt State last weekend, putting up incredible numbers in the process. For the week, Stockman went 9-for-17 with 18 RBIs, nine runs, five home runs and three walks. Over the four-game span, the senior had a batting average of .529, an on-base percentage of .636 and a slugging percentage of 1.471.

In the first game of Sunday’s doubleheader with Humboldt, the Auburn, Calif., native accounted for eight of Chico’s nine runs in the contest by belting grand slams in both the third and sixth inning. Stockman is currently batting .422 on the season with a team high-23 RBIs and a .956 slugging percentage.

The Wildcats will look to continue their powerful start to the season, when they host Cal State Stanislaus this weekend in a four-game California College Athletic Association set.

It was partly the Forth Worth, Texas native’s determination and poise that helped the Wildcats win a nine-inning pitcher’s duel last week with Texas-Permian Basin. Crain did not allow a run in regulation and the only run that crossed the plate under her watch was placed on base due to the international tiebreaker rule. In the ninth, Crain held a runner at third, allowing her teammates to break the tie with one run in the ninth.