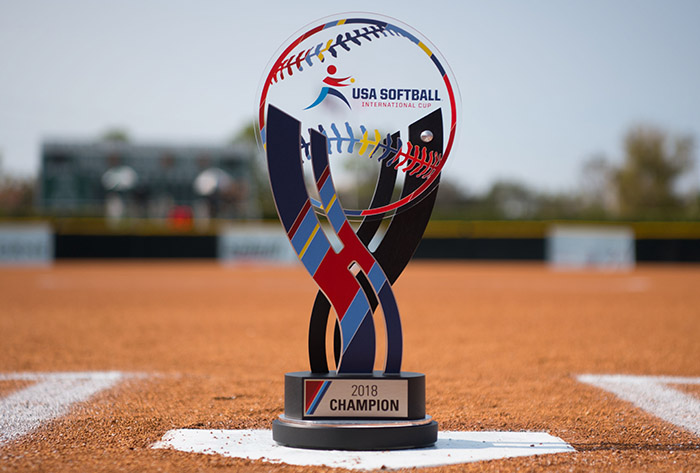 OKLAHOMA CITY – USA Softball is excited to announce that the 2019 USA Softball International Cup will be held in Columbus, Ga. July 1-7 at the South Commons Softball Complex. Most notably known for the 1996 Atlanta Olympic Games for the sport of softball, the Red, White and Blue will return to the city where Team USA claimed Gold in their Olympic debut.

“We’re grateful to the City of Columbus for stepping up to host this premier event and welcoming USA Softball along with some of the top international teams in the world,” said USA Softball Executive Director, Craig Cress.  "Returning to Georgia for the 2019 USA Softball International Cup is particularly special for us because of the memories we have from the 1996 Olympic Games.  It has been over 20 years since fans in the area have had the opportunity to watch some of the world’s best softball teams in person, which is evident in the enthusiasm and support the city has displayed and we look forward to seeing that passion on display next July.”

With renovations continuing at the USA Softball Hall of Fame Complex, the USA Softball International Cup will be hosted by the City of Columbus with support from USA Softball of Georgia. In addition to free online broadcasts of non-televised games through USASoftball.com

, fans will also have the opportunity to catch Team USA in five televised games on the ESPN networks.

“The Sports Council of Columbus, Georgia is elated to host the 2019 USA Softball International Cup,” said Columbus, Georgia Sports Council Executive Director, Merri C. Sherman. “Our beloved South Commons Softball Complex has held many championship games, and we look forward to welcoming teams from all over the world once again! The stadium will be in prime condition for this prestigious event following a fresh update, and both players and spectators will enjoy the many new restaurants and amenities our vibrant city has to offer. To everyone involved – players, coaches, support staff and spectators – I offer the sincere hospitality for which our city has become so well known.”

In what was formerly known as the World Cup of Softball, the 2018 USA Softball International Cup was hosted by USA Softball of Southern California at Bill Barber Park in Irvine, Calif.  At the event, USA Red took home Gold after routing Japan, 10-5, in the grand finale. It proved to be a Red, White and Blue affair as USA Blue, the second roster composed of Women’s National Team members, claimed the Bronze Medal.

South Commons Softball Complex is an eight-field complex, which includes a five-field hub with a roundhouse and a three-field fan with stadium, indoor score booths, concessions, and restrooms.  USA Softball of Georgia will also be hosting a youth fastpitch event in conjunction with the 2019 USA Softball International Cup.  Additional information, including dates, divisions of play and registration, will be announced at a later date.  Interested teams should contact USA Softball of Georgia Junior Olympic (JO) Commissioner Ernie Yarbrough at gajocommish@gmail.com.

Tickets, participating teams, live television coverage and a schedule of events for the USA Softball International Cup will be announced at a later date.