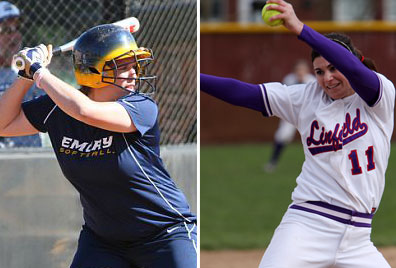 For the first time this season, a team other than Linfield has a No. 1 in front of it in the NFCA Division III Top 25 Poll. However, the Wildcats are not letting go of the spot they've held onto all season, as both Linfield and Emory split the eight first-place votes to tie for the No. 1 ranking in the country. Emory is a perfect 24-0 on the season, while Linfield is 15-2.

Louisiana College jumps back up two spots to No. 3, pushing Eastern Connecticut, which despite starting 6-0, drops one to No. 4 and Luther to No. 5.