Emory Maintains Hold on No. 1 in NFCA Division III Top 25 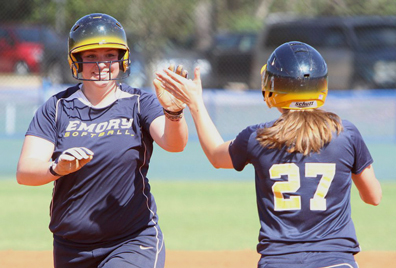 STARKVILLE, Miss. - After a 4-0 week, Emory received seven of eight first-place votes to maintain its hold on No. 1 in the NFCA Division III Top 25 Poll, the association has announced. The Eagles are currently in the middle of a 12-game win streak, including winning the UAA championship in mid-March. This week, Emory swept Piedmont and Covenant to finish the regular season 33-3, and the Eagles now await their regional fate.

The rest of the top five remains the same, including No. 2 Eastern Connecticut State, which received the other first place vote. The Warriors have not lost since their second game of the season (to now-No. 9 Tufts) and carry their 34-game win streak into Little East Conference tournament play beginning tomorrow. No. 3 Linfield is 38-5 and awaits its regional assignment, while No. 4 Luther takes its 34-4 record to Iowa Conference tournament play at home this weekend. No. 5 Pacific Lutheran finished the regular season 36-11 and captured the Northwest Conference title and automatic regional bid.