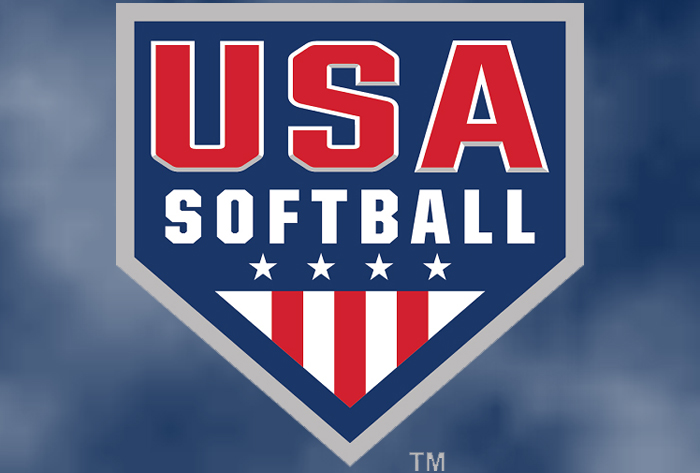 “It’s a complete honor to be able to work with the best players in the world again,” said Eriksen on his selection.  “Coming off a stellar summer of 2018, we need to reinvent our hunger and go for the Gold in 2019.”

Eriksen is establishing himself as one of the winningest coaches in USA Softball WNT history and currently sits second in wins for the program behind fellow Hall of Fame coach Ralph Raymond.  Compiling a 52-4 record at the helm of Team USA in major international competitions (Olympic Games, World Baseball Softball Confederation (WBSC) World Championship and Pan American Games), Eriksen will look to add to that record next summer.

“To be able to defend our Championship at the International Cup next summer will prepare us well for the competition next summer, which seems to get better and better every year,” Eriksen continued.

Eriksen’s accolades speak volumes: an Olympic Gold Medal as an Assistant Coach (2004), two WBSC World Championship Gold Medals (2016, 2018) and two Silver Medals (2012, 2014), a Pan American Games Gold Medal (2011) and Silver Medal (2015).  Since taking over the WNT program in 2011, Eriksen ushered in a new era of USA Softball with a roster comprised of international rookies.  While continuing the legacy established before him, Eriksen has provided a steady constant for the program during the years softball was not a part of the Olympic Games platform.  Fostering an “us” environment, Eriksen’s dedication and commitment to the USA Softball WNT program culminated with a Tokyo 2020 Olympic Games berth which was earned at the 2018 WBSC World Championship last August in Chiba, Japan.

After hanging up his cleats as a player, his first head coach role with the USA Softball National Team Program came in 1997 when he led the USA Softball Junior Men’s National Team (JMNT) at the WBSC Junior Men’s World Championship in St. John’s, Newfoundland. Five years later, he joined the WNT as an assistant coach in 2002 – the same year the team captured a Gold Medal at the WBSC World Championship. A highlight of his Team USA coaching resume includes being an assistant coach in the 2003 Pan Am Games which won Gold and going on to coach at the 2004 Olympic Games in Athens where the U.S. Olympic Softball Team would put on one of the most dominant performances in Olympic history. Eriksen tacked on another Gold Medal as an assistant coach at the 2010 WBSC Championship in Caracas, Venezuela.

“We’re honored to once again have Ken Eriksen as the Head Coach of the Women’s National Team program,” said USA Softball Executive Director, Craig Cress.  “His ability to coach world-class athletes and put Team USA in the best possible position to win the Gold was evident last August in a Gold Medal and Olympic-qualifying performance.  We look forward to watching his continued success as he leads the team next summer in their preparation for the Pan American Games and ushers the program closer to the Tokyo 2020 Olympic Games."

As a player, Eriksen began playing USA Softball when he joined the Clearwater Bombers, playing from 1987-1992 while batting .347 in 1992 and .456 in the Men’s Major Fast Pitch Nationals. Eriksen was a part of the Miller-Toyota team and Tampa Smokers up until 1997 when he won the Men’s Major Fast Pitch National Championship with his fellow teammates. Eriksen racked up additional honors on the international scene, earning a silver medal at the Pan American Games (1991) and was a three-time Olympic Festival participant (1993, 1994 and 1995), where he took home an additional silver medal at the 1995 Olympic Festival. Eriksen retired shortly after playing for the USA Select Team, which was the first American athletic team to compete in communist Cuba in over 30 years (1958).

Collegiately, Eriksen has been at the helm of the University of South Florida softball program since 1996.  Since Eriksen's first year, the Bulls have gone to 13 NCAA post season appearances, two NCAA Super Regionals, a College World Series berth, five conference titles (in three conferences: C-USA, BIG EAST, and The American), has produced over 875 wins and a numerous amount of All-Americans, Academic All-Americans, All-Conference players, and NCAA All-Region players.