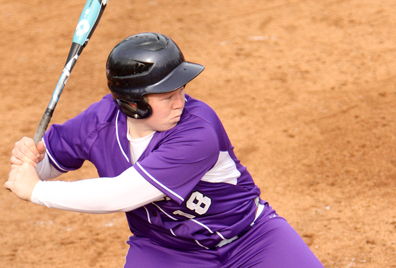 The three-time NFCA All-American led the No. 1-ranked Wildcats to a 6-0 week in their spring break trip to California, including two wins over then-No. 13 ranked Claremont-Mudd-Scripps. In those two games, she went 4-for-6 with a double and a home run.

On the week, the Vancouver, Wash., native batted .647 in 17 at-bats. Doucette had four home runs, scored six runs, walked five times, drove in eight and was perfect in the field in 37 chances.

Through 24 games this season, Doucette is hitting .500 with a team-leading 33 RBIs. She leads the nation in home runs with 11 on the year, and with the four home runs this week, the NCAA all-time home run leader extended her record to 64. Doucette, who was also named the Northwest Conference Player of the week, is a two-time NWC Player of the Year and holds multiple single-season and career records at Linfield.

Linfield is 22-2 on the year, including 14-2 in the Northwest Conference, and is riding a 10-game win streak. The Wildcats wrapped up their spring break trip with a Tuesday afternoon doubleheader sweep at Redlands and resume NWC action this weekend, including a road doubleheader at Pacific Lutheran, which handed Linfield its only two losses on the season.