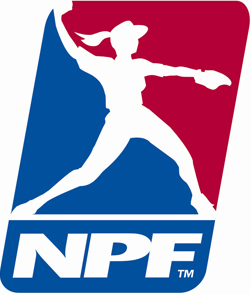 Rosemont, IL – In August, Rosemont, Ill., will be bustling with the nation’s top professional women’s softball teams for the 2012 National Pro Fastpitch (NPF) Championship Series to be held August 23-26 at the Ballpark at Rosemont.

Located at 27 Jennie Finch Way, The Ballpark at Rosemont is home to the NPF’s defending Cowles Cup Champion, Chicago Bandits. The series will be hosted by the Village of Rosemont with the support of the Rosemont Convention & Visitors Bureau.

“The Village of Rosemont is honored to host this showcase of world-class women’s athletics in our brand new stadium, which was specifically designed for women's fastpitch softball,” said Rosemont Mayor Brad Stephens. “There has been a tremendous groundswell of support for and excitement about women's fastpitch softball in our community, and the NPF Championship Series will only build upon this strong foundation, while also attracting fans from throughout the nation. We are also excited about the opportunity to attract even more new fans of all ages to this great sport.”

The NPF Championship Series is the League’s hallmark event and will feature the nation’s four teams and most talented players, including nine Olympic medalists from Team USA and three former Olympians from Team Canada, in a series of games in a playoff/tournament format. The format is a best-of-three series in which the #1- and #4-seed first compete alongside a series between the #2- and #3-seeds. The winners of those two series face off in a best-of-three final series for the championship. A minimum of six games and a maximum of nine games will be played during the series, determined by the number of wins and losses by each team.

Among those expected to be in attendance at the Series will be Fastpitch legend and former Chicago Bandit Jennie Finch-Daigle, who also helped lead Team USA to the gold medal at the 2004 Summer Olympics and a silver medal at the 2008 Summer Olympics. Other notable guests include NPF Advisory Board Members and NFCA Hall of Famers Sue Enquist and Cindy Bristow.

The full 2012 National Pro Fastpitch Championship Series schedule is below.

ESPN will carry the Final Series of the 2012 NPF Championship Series on Sunday, August 26. Game Two of the Final Series will be shown live on ESPN3 beginning at 3:30 p.m. EST with Game Three airing on ESPN2 at 7 p.m. EST. In the event that Game Two is the final game in the best of three format that begins Saturday night, it can be seen at 7 p.m. EST on ESPN2.

"The NPF is so proud to have the opportunity to share our Championship Series Final through national television on ESPN2 for the second year in a row," commented NPF Commissioner Cheri Kempf. "We know that the television audience for women's fastpitch softball continues to grow and it's only fitting to deliver that audience the highest level of competition this sport has to offer."

Fans can expect additional special features, insightful interviews, and behind the scenes coverage to also be available throughout the Series on the NPF website.

The Championship Series will be complemented by several other exciting affiliated events including a welcome reception at the Donald E. Stephens Convention Center at 6 p.m. and awards dinner at 7 p.m. All NPF players, staff and owners will join Mayor Brad Stephens and the invited VIPs in attendance. The event is open to the public; tickets may be purchased by calling the NPF office at 615-232-2900.

There also will be a Champions Festival, held at the Donald E. Stephens Convention Center on Sunday, August 26 from 10 a.m. to Noon. The Champions Festival is a leadership event for players, parents and youth coaches. The Festival made its debut at the 2011 NCAA Women’s College World Series under the direction of NPF’s Board of Advisors members Sue Enquist and Cindy Bristow. Enrollment for the Champions Festival can be accessed through their website at www.championsfestival.com

Tickets for the 2012 National Pro Fastpitch (NPF) Championship Series can be purchased in advance through the NPF and team websites, or via phone. Tickets also can be purchased on the day of the game at the stadium box office, pending availability. Prices range from $5 - $15. The phone number for tickets is 615-232-2900 and the website is www.profastpitch.com