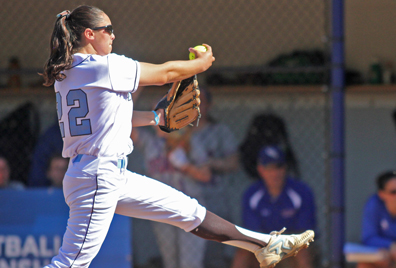 STARKVILLE, Miss. – After a season that was marked by surprising ups and downs from several teams across the country, a great deal of parity was demonstrated in the 2012 NFCA Division III All-Region awards, announced today by the Association.

A total of 77 teams placed at least one student-athlete on the first-team all region squad, which makes those players eligible for All-American. The West region saw five first-teamers from Linfield, who for the first half of the season held a tight grip on the No. 1 ranking and will be making its third straight appearance at the national championship. The Wildcat battery of Karina Paavola (pitcher) and Emilee Lepp (catcher) was joined by infielders Staci Doucette (1B) and Karleigh Prestianni (3B).

Salisbury in the Atlantic and DePauw in the Central both placed three athletes on the first team. Yet another battery in Salisbury's Erika Brittingham (pitcher) and Michelle Gravdahl (catcher)  were joined by shortstop Hannah Mills on the first team. Catcher Amy Hallet, third baseman Holly Paris and at-large selection Jen Kosinski paced the Tigers in the Central region.

The East region saw first team honors spread out amongst the largest number of teams at 12, with the maximum number of players from one school on the first team being two. Catcher Cassie Ernst and utility player Jenn Dalickas were Moravian's selections, while Messiah's were outfielder Jaclyn Merkel and designated player Sarah Seneca. Both of Rowan's first-team nods were at-large selections in LeAnne Miller and Lauren Davis.