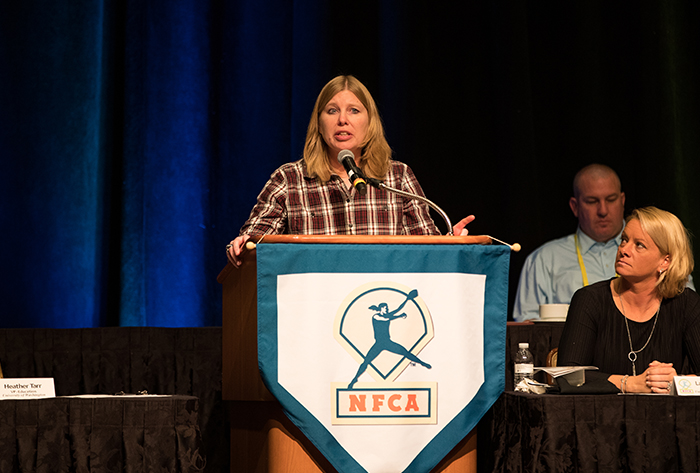 ATLANTIC CITY, N.J. – There was an energetic buzz on the final day of the 2019 NFCA Convention as the four-day event came to end on Saturday at Harrah’s Resort Atlantic City. Over 1,450 attendees celebrated their peers at the Awards Brunch, took home some final notes during “Drills, Drills, Drills” and the Chalk Talks and finalized some business at the All-America Committee meetings.

Wrapping up the business portion of the Convention at 8:00 a.m., several of the membership groups gathered for their respective All-America Committee meetings to discuss the makeup and streamlining of the NFCA’s All-America process.