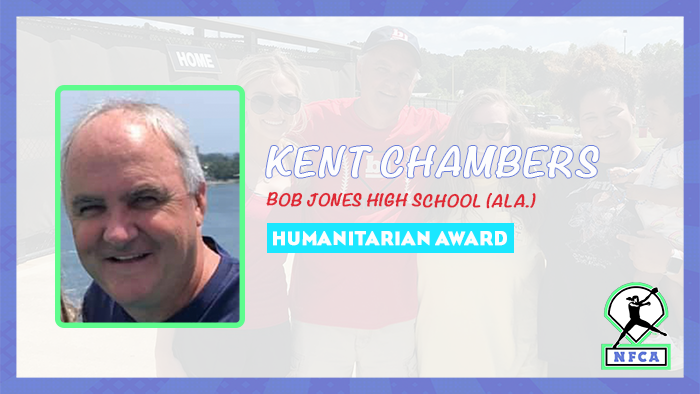 LOUISVILLE, Ky. — The National Fastpitch Coaches Association is pleased to announce Kent Chambers, a longtime head coach at Bob Jones High School (Ala.), is the 2021 recipient of the Association’s Humanitarian Award. Chambers, who currently serves as BJHS’s assistant coach, is being recognized for his advocacy of women’s sports and commitment to the sport of softball at Bob Jones and in the state of Alabama.

Chambers was a high school head coach for 30 years, including 28 at the helm of the Bob Jones softball program, before retiring from his post in 2016. He was the driving force in developing the program from slowpitch to fastpitch, advocated for women’s sports and became a constant at Bob Jones and the state of Alabama. When the state of Alabama went to fastpitch in 1995, Chambers already had an understanding. He grew up around the sport, watching his older sisters play in adult fastpitch.

Chambers has dedicated his entire life, not only to the sport of softball, but also to the school and community. Even though he retired, Chambers could not stay away from the program. In the meantime, he continued on as a math teacher and supported the team as a dedicated fan.

“He isn’t just a coach,” said Bob Jones head coach Whitney Deaver. “He is a friend, father figure, trusted teacher, and family man. Kent puts everyone before himself and is the epitome of a selfless servant.”

Over his time as head coach, Chambers, who is a member of the Huntsville-Madison County Athletics Hall of Fame, collected 884 victories, posted 19 winning seasons and made 12 trips to the state playoffs.

After three years outside the fences, Chambers approached Deaver about helping the team, but with one caveat, not make any decision for the program. Deaver could not say no and Chambers returned to the dugout as an assistant coach in 2020, volunteering his time to once again help the team.

Having the experience of driving sports teams and carrying a specialized driver’s license for over 20 years, he made it a priority to be the softball team’s bus driver. Additionally, Chambers works on the field to make sure it is in the best condition.

“He drives the bus for free because he wants the girls to have an easy, safe, and dependable way to and from games,” said Deaver.

Chambers was hands on when Bob Jones was searching for its next head coach and urged Deaver to apply.

“He is the reason I am at Bob Jones,” said Deaver. “I am eternally grateful to him. When he approached me about the job, he wanted me to apply so he would know the program would continue in good hands with someone who does things the right way. Every day I remember those words and hope he is proud of me.”

Chambers not only made an impact on Deaver, but to many of his former players he has coached throughout his career. He continues to go to weddings and celebrations for any and all of his players.

“He is there for his players in the good and the bad,” Deaver said. “I am proud to call him my friend and I cannot think of a better person for this honor.”

The NFCA’s Humanitarian Award recognizes a member coach who has selflessly dedicated time toward the long-term betterment of the community and/or engaged in charitable activities in the service of others. Chambers will be honored in front of his peers on Dec. 11 during the NFCA Awards Brunch at the 2021 NFCA Convention, held Dec. 8-11 at Caesar’s Forum in Las Vegas. 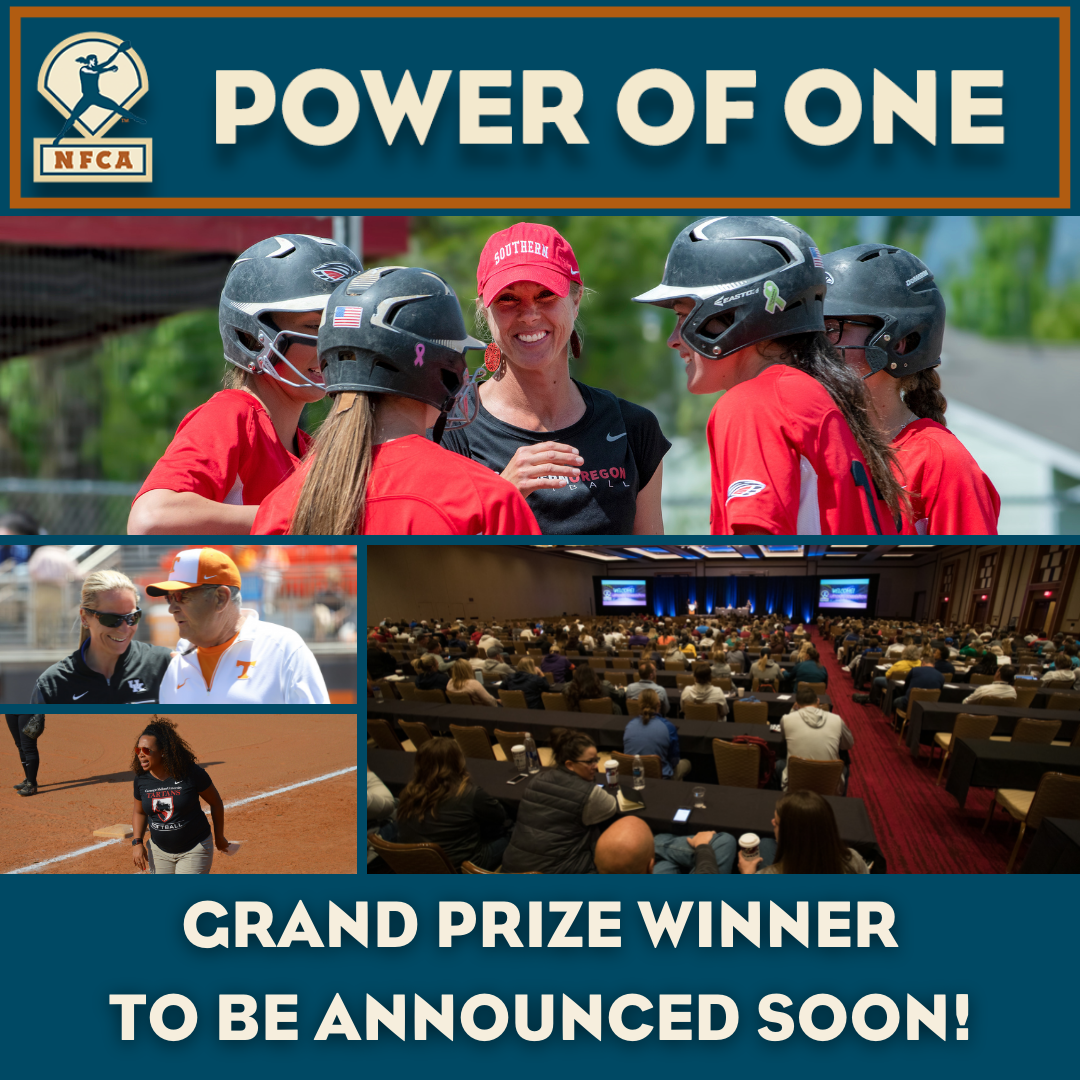 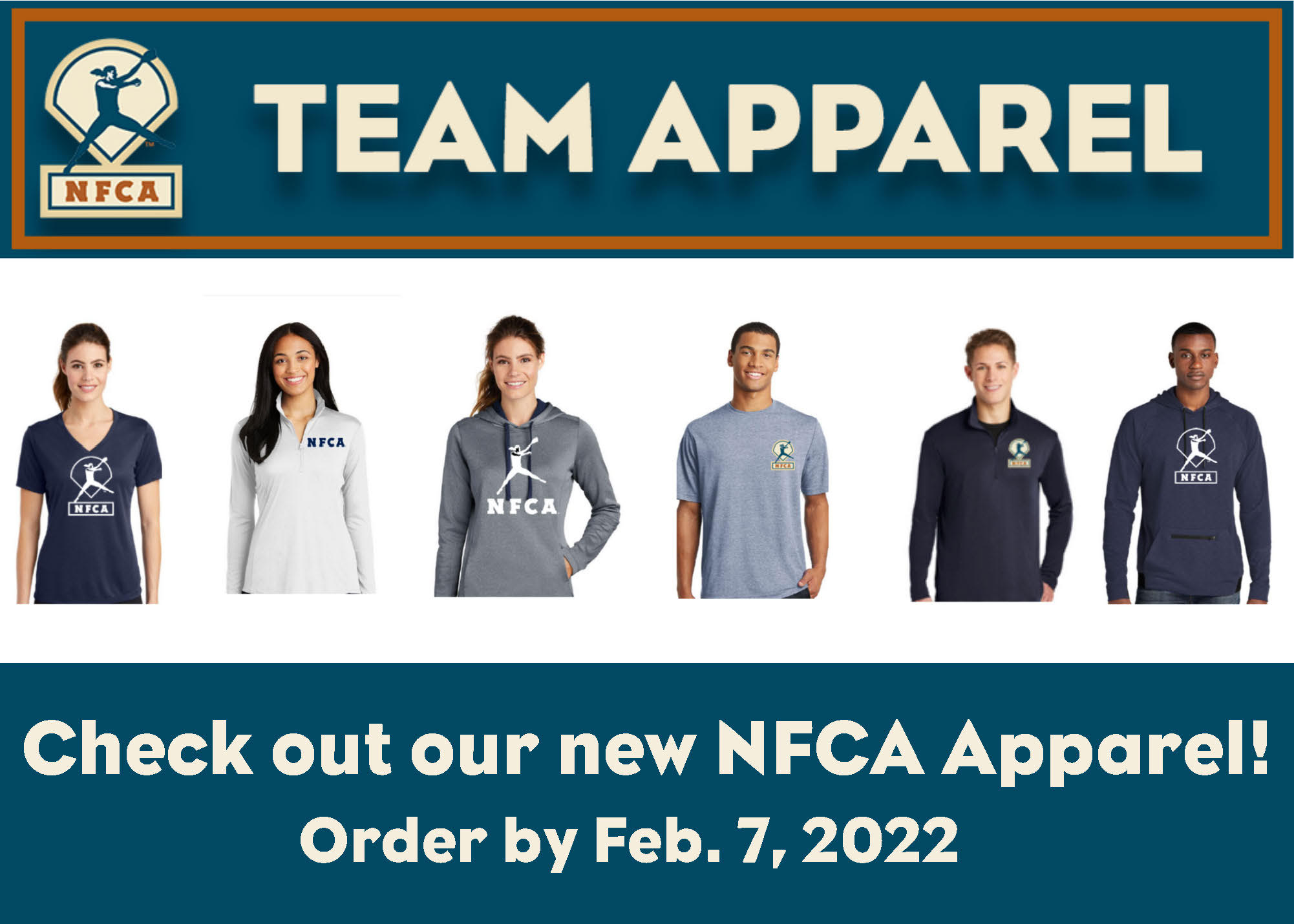