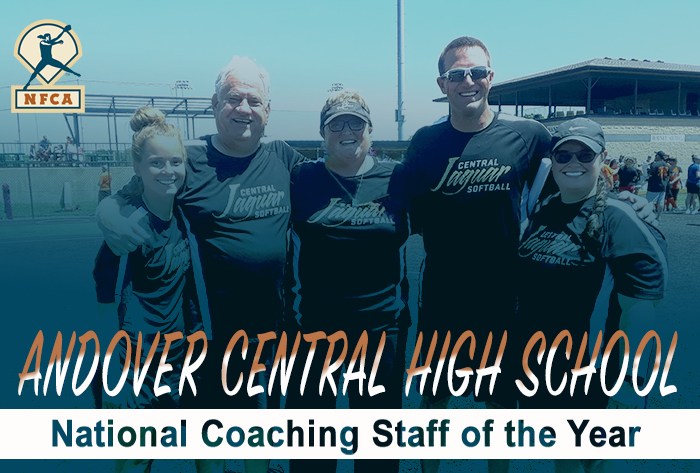 On its way to the title, Andover Central, the seventh seed, knocked off the top three teams, including previous undefeated Independence High School in the championship tilt, 5-4 in eight innings. The Jaguars also defeated No. 2 Piper in a 12-inning quarterfinal marathon and No. 3 Paola, 8-4 in the semifinals. It marked the second time a Frakes-led squad took home the championship, the first coming in 2009.

"Coaches dream about winning State Championships every season," said Frakes. "It is one of the many dreams that drive us, second only to making connections with kids. This award is beyond my dreams.  The best part of this award is telling my staff and seeing their faces.  The sense of pride and excitement that their contributions really do count.  Having my staff recognized is so gratifying to me.  I could not have done this without them.  I also told my kids this belongs to them as well.  Through this rough year, they too chipped in to help make things easier on me and made sure I followed doctors orders.  Today I am thankful and blessed.  God is good."

The 2018 season marked highs and lows, but Frakes and the team persevered as the veteran head coach battled and beat Stage 3 breast cancer. However, a new fight is ahead as Frakes was diagnosed with ovarian cancer following the conclusion of the season.