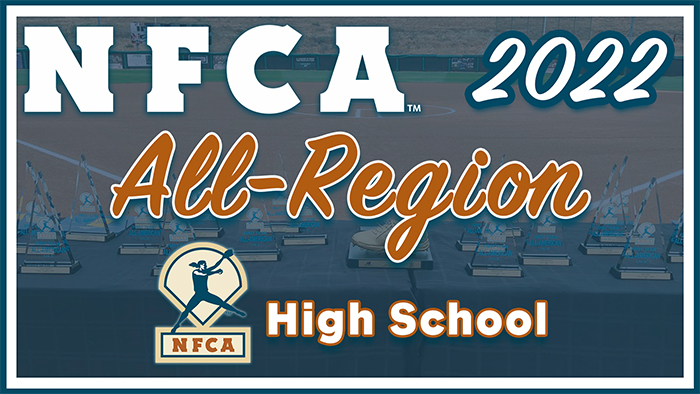 The awards honor softball student-athletes from eight (Regions III through X) of the Association’s 10 regions with first- and second-team selections. NFCA member head coaches from each respective region voted on the teams. Additionally, in some instances, limited regional nominations prevented a position from being filled.

All student-athletes, including the 2021 Summer/Fall honorees (announced Nov. 12, 2021), now become eligible for the 2022 NFCA High School All-America squads, which will be announced on July 13.

New for the 2021-22 academic year, the Association realigned the high school membership into 10 regions from the original five due in part to the growth of the group’s membership. You can find the regional breakdown HERE.

Lake Creek High School (Texas) out of Region VI topped the charts with five first-team All-Region selections. The Lions (41-0) finished 2022 as the No. 1 team in the USA Today Sports/NFCA High School Super 25.