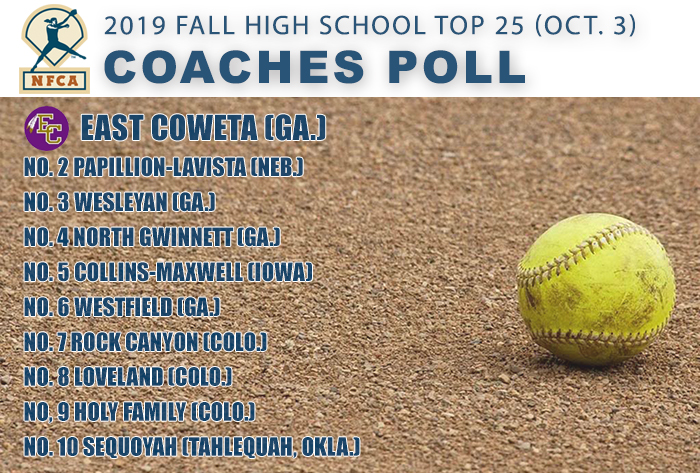 East Coweta (27-0) won three more games to remain at No. 1 for a sixth straight week, while Papillion-LaVista (28-0) also stayed perfect and second in the rankings for a fourth week.

Oklahoma’s Broken Arrow (32-2) has now won 17 straight and returns to the rankings for the first time since the initial poll on Aug. 29 at 12th, while Missouri’s Raymore-Peculiar (18-2) jumps into the mix at No. 17 after a recent 5-0 shutout of Blue Springs South.