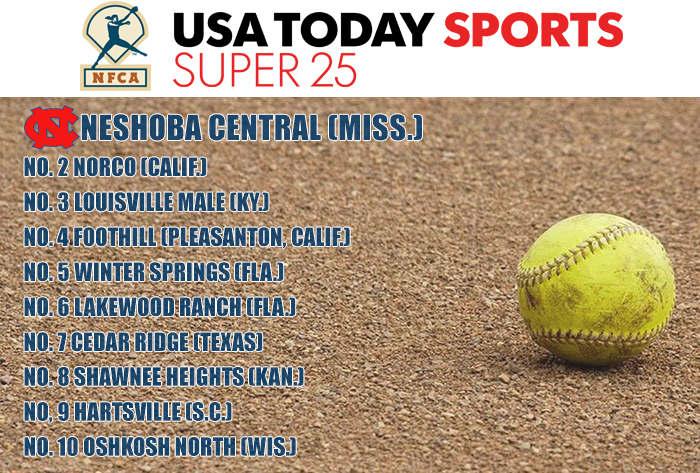 Unbeaten No. 3 Louisville Male (36-0) was poised to possibly overtake the two teams ahead of it if they won a state championship. But the weather was able to do something the Bulldogs’ opponents haven’t been able to do: stop them.

They will now play their state quarterfinal with Boyle County, which the Bulldogs beat 14-0 in both teams’ season opener in March, on Friday night. Should they win, a Saturday meeting with either Madisonville-North Hopkins or Clay County would be next, followed by Sunday’s title game if they win in the semis. All games are at the University of Kentucky’s John Cropp Stadium.

Only one team in Kentucky state history has finished the season unbeaten — Greenwood, who went 44-0 in 2013. A perfect season would make it logical that Male would leapfrog both Neshoba Central and Norco, who both have losses and no more games remaining.

Meanwhile, Wisconsin did get its tournament games in, and Oshkosh North put a bow on its own undefeated season by outlasting last year’s state champ, Sun Prairie, 4-2 in nine innings, in the final. The (31-0) Spartans rolled past Nicolet, 10-0, in the quarterfinals, and dispatched Kenosha Bradford/Reuther, 4-0, in the semis. Northwestern University-bound pitcher Sydney Supple set a Division 1 tournament record with 36 strikeouts in the tournament for Oshkosh North, which tied the all-divisions state mark.

New Palestine (29-3) rolled past Yorktown, 10-0, to repeat as Indiana state class 3A titlist and remain at No. 11, while Donovan Catholic (30-2) surged to 16th after wrapping up its season with a 10-0 rout of Cedar Grove in New Jersey’s Tournament of Champions final.

Elsewhere, Marist (36-4) slipped to 19th after falling in the Illinois state semifinals.