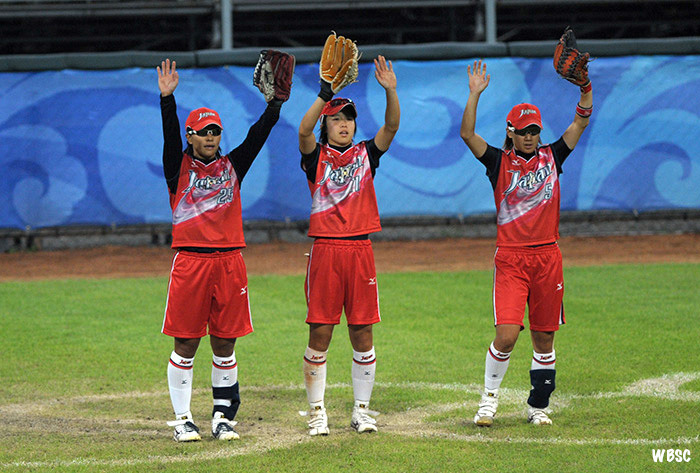 LAUSANNE, Switzerland - The sport of softball will kick off the Olympics with a special opener between the Australian Women's National Softball Team and home team Japan in Fukushima.

The World Baseball Softball Confederation (WBSC) and the Tokyo Organizing Committee of the Olympic and Paralympic Games (Tokyo 2020) revealed the official Olympic softball game schedule, which will open on July 22 at Fukushima Azuma Baseball Stadium and close with the gold medal game on July 28 at Yokohama Baseball Stadium.

Australia and defending Olympic softball champions Japan will kick off the Tokyo 2020 Olympics on July 22, at 9:00 am (all times Japan Standard Time - JST). This match will serve as the very first official Olympic competition of the Tokyo 2020 Games.

In game two of the Olympic softball event, Italy and top-ranked USA will meet at noon. game three, which concludes the first day of competition, features Mexico and Canada at 3:00 p.m.

The first six games of the Olympic softball competition will be played in Fukushima, a region that has been undergoing a continued regeneration following the 2011 Great East Japan Earthquake.

“We are humbled and honored that softball will open the Olympic Games Tokyo 2020, and do so in a city that embodies, more than any other, sport’s unique power to unite and rebuild communities -- this will send a powerful message of Olympic values to all spectators around the world,” said WBSC President Riccardo Fraccari. “And today with the announcement of the schedule for softball’s return to the Olympic Games, the athletes will know the path to Olympic gold as they continue preparing to realise their Olympic dreams.”