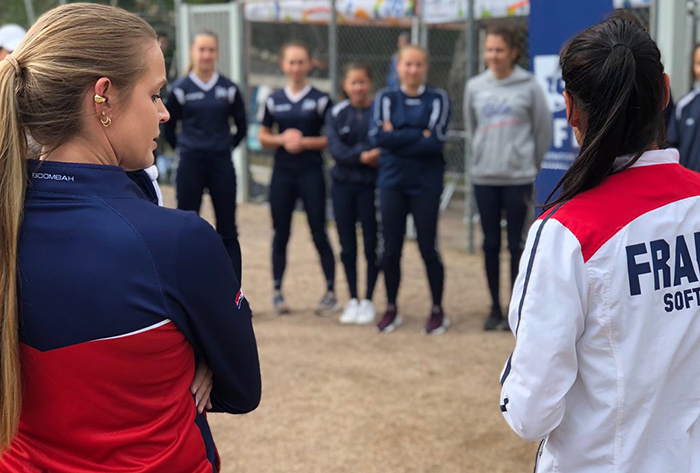 World Baseball Softball Confederation (WBSC) President Riccardo Fraccari cited the quality, attendance and viewership of the 2018 European Professional Softball Series Presented by WBSC as a key indicator that softball, along with baseball, are continuing to emerge as a global, gender-balanced sport with significant growth potential in Europe.

The seven-game series in Europe attracted thousands of fans across host venues in the Czech Republic, Italy and the Netherlands, and generated over 300,000 live-stream views from online audiences across 148 countries and territories worldwide, while surpassing 1 million impressions on social media.

for photo gallery at bottom of orginial article

The series featured the Women’s National Softball Teams of the Czech Republic, Italy and the Netherlands against professional club USSSA Pride of the US-based National Pro Fastpitch league. The Pride roster included Olympian Andrea Duran, who was on the 2008 silver medal winning U.S. Olympic Softball Team.

“We are very proud that baseball and softball give young people – and especially girls – a safe, accessible way to play and stay in sport," Fraccari said. "The quality of the competition around Europe has been world-class, and these players are inspirational role models for female athletes everywhere. The WBSC is building a billion-strong global community of players, fans and followers, and we are excited to be bringing our inclusive team sports to ballparks all over Europe.”

USSSA Pride players and personnel also staged training camps for hundreds of top young female prospects and coaches in the three countries to help connect with the next generation and continue growing a strong base of followers and participants in Europe.

The tour, which started in Italy before heading to the Czech Republic and the Netherlands, officially concludes in France on May 4 at the Softball Academy of France in Boulouris. The Pride will be holding training sessions aimed at France’s up-and-coming softball athletes who are eagerly looking forward to the sport’s Olympic comeback at Tokyo 2020. With WBSC targeting a permanent place on the Olympic Program, softball could even offer these young French athletes a pathway from the ballpark to the Paris 2024 Games.

The Pride players will also hold a Q&A session with the young French players about the lifestyle, dedication and sacrifice it takes to develop into a pro softball athlete, concluding with an autograph and photo session.

The international softball showcase in Europe is a joint cooperation between the World Baseball Softball Confederation, the United States Specialty Sports Association (USSSA) and the respective National Federations.