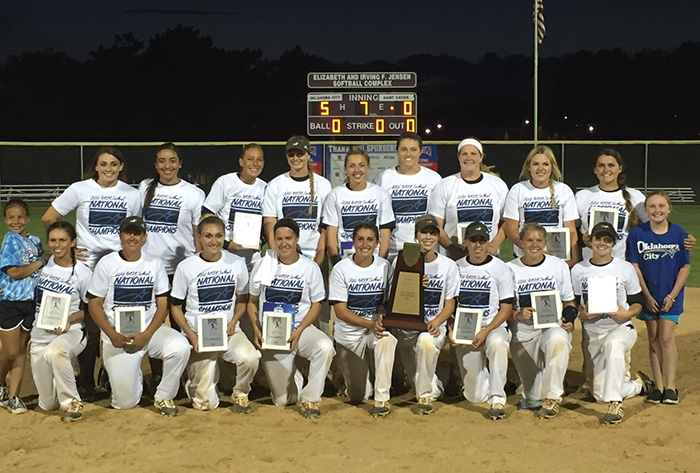 LOUISVILLE, Ky. – Oklahoma City University was named 2016 NFCA NAIA National Coaching Staff of the Year, announced the Association on Wednesday morning. The Stars, under the direction of NFCA Hall of Famer Phil McSpadden, won the 2016 NAIA national championship, the ninth in program history. McSpadden, along with assistant coaches- Bobbi Bridges, Guy Cook, Harold Copas and Scott Gallagher, were recognized for their accomplishments this season.

Oklahoma City, the No. 1 overall seed at the NAIA World Series, had an uphill battle to title. After falling to Saint Xavier in their second game of the tournament, the Stars won five consecutive elimination games, including a one-run win over two-time defending champs, Auburn-Montgomery, and two on the final day against Saint Xavier.

Under McSpadden’s guidance, OCU produced a 67-3 record and 27-1 mark in the Sooner Athletic Conference, which led to a league regular season title. The 67 victories rank second in the NAIA annals, only behind the Stars’ record 69 in 1999. They were the only program in 2016 to post 60-plus wins and finish the regular season with 50-plus.

McSpadden just completed his 29th season at the helm of OCU with 1,545 victories, the most amongst four-year college coaches. Along with the national honor, McSpadden and his staff were selected NFCA NAIA Southwest Regional Coaching Staff of the Year.