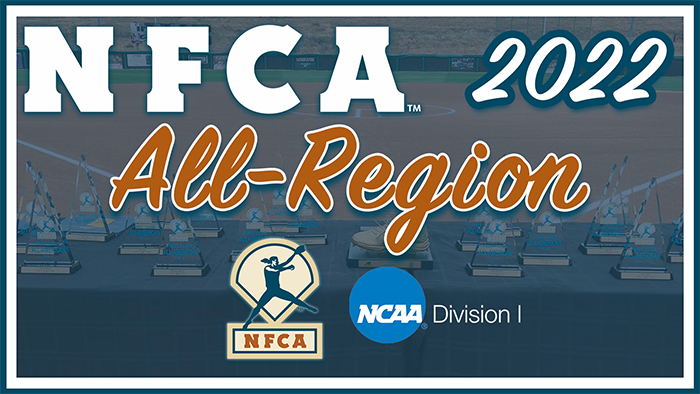 The awards honor softball student-athletes from the Association’s 10 regions with first, second and third-team selections. NFCA member head coaches from each respective region nominated student-athletes and voted for the teams. All awarded student-athletes now become eligible for the 2022 NFCA Division I All-America squads.

Arkansas (South), Boston University (Northeast), Oklahoma (Central) and Virginia Tech (Mid-Atlantic) paced the way with all eight of their nominations receiving All-Region recognition. The Sooners, No. 1 in the USA Today/NFCA DI Top 25 Coaches Poll, also led the charge with seven first-team honorees. The No. 3 Hokies and No. 4 Razorbacks followed with six first teamers apiece, while the Terriers had five.

Conference players and pitchers of the year from member institutions (must be nominated by member head coach and receive votes) are added to the third team if they were not already voted to an All-Region squad. Additionally, in some instances, limited regional nominations prevented a position from being filled.

The 2022 NFCA Division I All-America teams, voted on by the NFCA DI All-American Committee, will be announced on Wednesday, June 1.