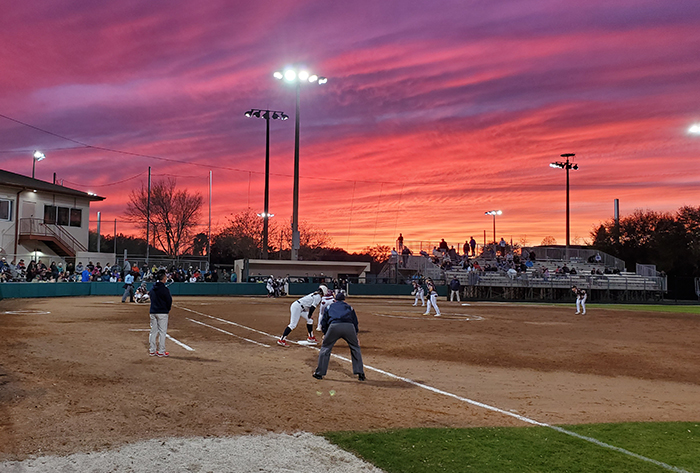 CLEARWATER, Fla. –Fifteen NCAA Division I programs opened their 2020 seasons at the NFCA Division I Leadoff Classic presented by Rawlings at the Eddie C. Moore Complex in Clearwater, Fla. Additionally, the U.S. National Team, as part of its “Stand Beside Her” Tour presented by Major League Baseball, took part in the festivities with a pair of evening contests against Mississippi State and Illinois.

Four teams – Baylor, Kentucky, Minnesota and Missouri - got off to 2-0 starts, with the Bulldogs and Fighting Illini winning their opening games before taking on Team USA. The Bears run-ruled No. 23 Auburn, 8-0, before scoring three runs in the bottom of the sixth to knock off Louisville, 7-4. Gia Rodoni picked up a win and save for Baylor with five innings of three-hit shutout ball.

For all the results, box scores and other tournament information visit the Tournament Central.

The 15th-ranked Wildcats topped Liberty, 6-2, and walked-off against Texas State, 2-1. Alex Martens smacked two home runs in game one, while Rylea Smith provided a game-ending RBI single to center versus the Bobcats.

The Tigers picked up a pair of two-run victories over Notre Dame (3-1) and South Alabama (7-5). They scored two in the top of the seventh to break a 1-1 deadlock against the Irish. Down 5-4 against the Jaguars, Jazmyn Rollin hit a two-run homer and Kimberly Wert added a solo shot to upend South Alabama.

Also picking up their first wins of the season were Auburn, Louisville, North Carolina and Texas State. The Tigers rebounded from their loss to Baylor with a 4-1 triumph over Notre Dame. The Wolfpack upset No. 21 Ole Miss, 3-2. The Cardinals were victorious in their opener, a 4-2 win against No. 21 Ole Miss, while the Bobcats topped South Alabama, 5-2.

The U.S. National Team picked up a pair of shutout victories, defeating Mississippi State, 3-0, and Illinois, 11-0, in five innings.

Action continues tomorrow with four games slated for 10:00 a.m. The Red, White and Blue also return with matchups against Baylor at 3:00 p.m. and Kentucky at 5:30 p.m. You can purchase tickets HERE. If you are unable to make it, you can watch the action for free, as all games are livestreamed by Sportzcast on the NFCA’s YouTube channel (NFCAorg).