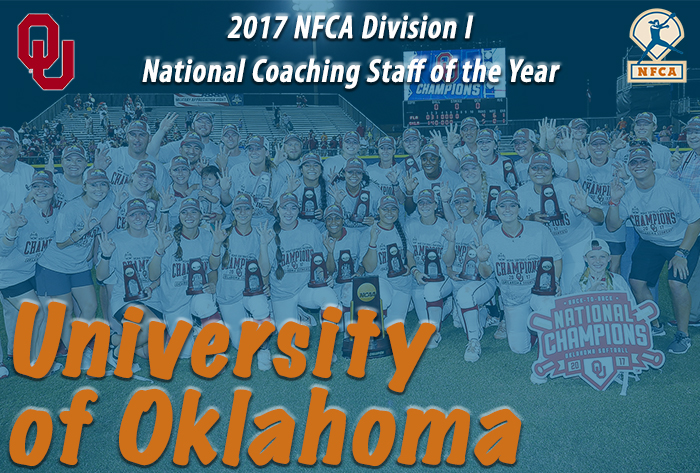 Oklahoma swept Florida in a WCWS championship series that featured an epic 17-inning game one, the longest contest in finals history, and a 5-4 nailbiter in game two. On their way to the title, the Sooners (61-9) rebounded from a regional-opening loss to North Dakota State to win their final 11 games of the postseason, including four elimination contests in the Norman Regional and a two-game Super Regional sweep on the road at No. 7 seed Auburn.

Becoming just the fourth program to repeat as champions, Oklahoma’s four crowns are the third most behind UCLA and Arizona. They became the lowest seed (10th) to win a title and reached the 60-win plateau for the second time in program history.