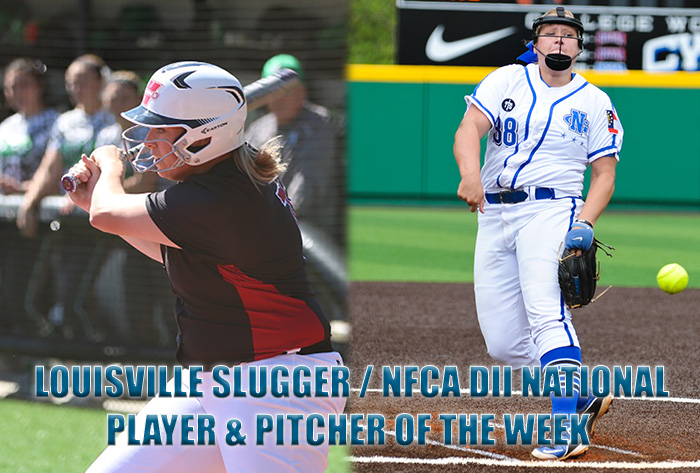 White had an explosive weekend helping Henderson State sweep a four-game Great American Conference (GAC) series from Arkansas-Monticello. The Longview, Texas native took advantage of the limited amount of opportunities she had to swing the bat, going 6-for-6, with three home runs, 11 RBI, six runs and 2.500 slugging percentage. Being pitched around most of the weekend, White was walked eight times and reached base safely in all 14 plate appearances.

"Ashlyn is very deserving of this honor,” said head coach Beth Jackson. “She has worked so hard over the years and is fighting a shoulder injury daily. She is an outstanding young woman, athlete, and teammate. I couldn't be more proud of her."

In the opening doubleheader, White launched all three of her long balls and knocked in nine runs. She registered two homers, five RBI and three runs in game two. A day later, White went 1-for-1 with three free passes in each contest. In game three, she drove in two runs with a single. In addition, she earned the win in game three, surrendering a run on six hits with two punchouts in four innings of work.

Poole delivered another outstanding weekly performance in the circle for the No. 8 Nighthawks. She tossed back-to-back no-hitters on the road and finished the week, 6-0 with a 0.15 ERA (1 ER), four shutouts and 49 strikeouts. Picking up her sixth Peach Belt weekly honor, Poole garners her first NFCA accolade this season and second overall.

“It’s an incredible honor to be recognized as a National Pitcher of the Week, but it could not be accomplished without all of my teammates,” said Poole. “We have had a great season so far and we are all looking forward to what the rest of the season has in store."

The 2015 Schutt Sports/NFCA National Player of the Year opened the week with a pair of extra-inning wins at Flagler, tossing a total of 21 frames and allowing just one unearned run and striking out 17. Poole’s back-to-back no-hitters came on march 16 at Georgia Southwestern. She started with an 11-strikeout performance and continued her form into game two, fanning eight more in a five-inning win. The right-handed hurler closed out the week with a pair of wins over conference foe Francis Marion, including a three-hit shutout in the second game of the twinbill.

"We are very excited for the national recognition that Courtney has received,” head coach Mike Davenport said. “She has worked extremely hard over her four years here at UNG and the results are a direct reflection of that. Courtney is nearing some very prestigious softball milestones here at UNG but she will be the first to tell you that her teammates also deserve much of the credit that she is receiving and that shows what a great teammate she is."