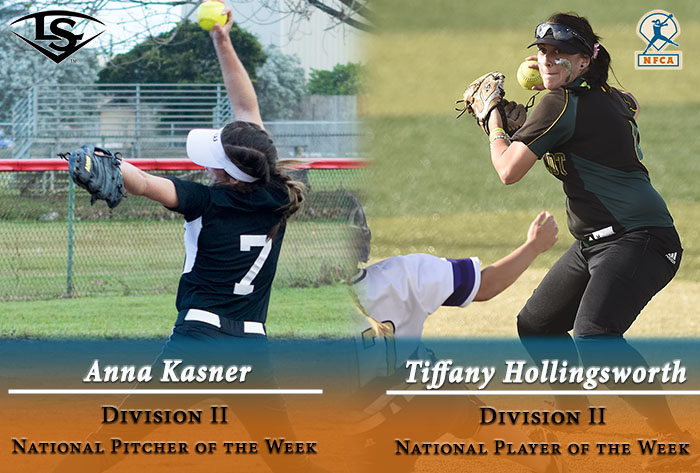 Hollingsworth played a pivotal role for the second-ranked Jacks as they went 5-0 at the Desert Stinger Classic. Homering in each of the first three games, she hit .438 (7-for-16) with a double, three long balls, nine RBI and seven runs scored. The senior shortstop’s performance earned her tournament MVP honors.

Kasner shined as she made her collegiate debut on Feb. 5 at Chaminade. The rookie hurler went 1-0 in a pair of appearances (one start), registering 19 strikeouts and allowing only one hit in 10 innings.

In her first appearance with WWU, Kasner, a native of Milton, Wash., tossed a complete-game, one-hit shutout with 13 strikeouts in the Vikings’ season opener. Kasner retired the last 12 batters she faced, while recording seven strikeouts over the final three innings. Coming out of the bullpen in game two, Kasner fanned six in three innings of perfect relief.

The 13 strikeouts were the most by a GNAC pitcher since 2012 and tied for the sixth-most strikeouts in a the WWU annals.