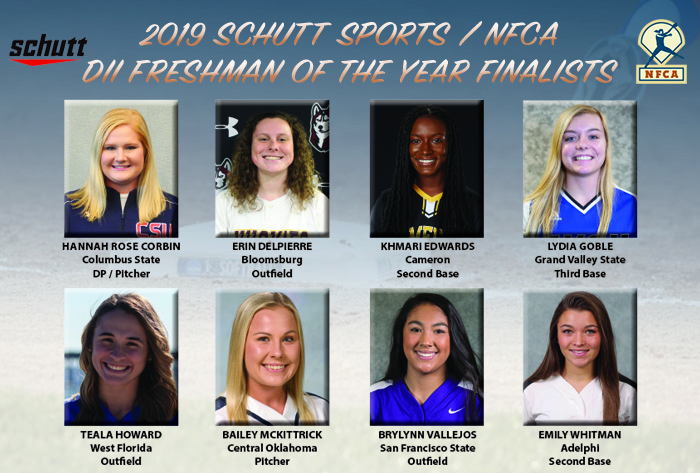 LOUISVILLE, Ky. – Eight finalists, one from each of the NCAA’s eight regions, have been selected for the 2019 Schutt Sports / NFCA Division II National Freshman of the Year award. The winner will be announced on Wednesday, May 22 at the NCAA Division II Softball Championship Banquet in Denver, Colo.

Six of the eight are representing their institutions for the first time with Goble also a first-time honoree from the Great Lakes Intercollegiate Athletic Conference. DelPierre is the second Husky (Taylor Winkelman – 2016) to make the top eight. Whitman joins former Panther standout Brenna Martini, who was a member of the inaugural top 25 in 2015 before the award shifted to eight finalists in 2016.