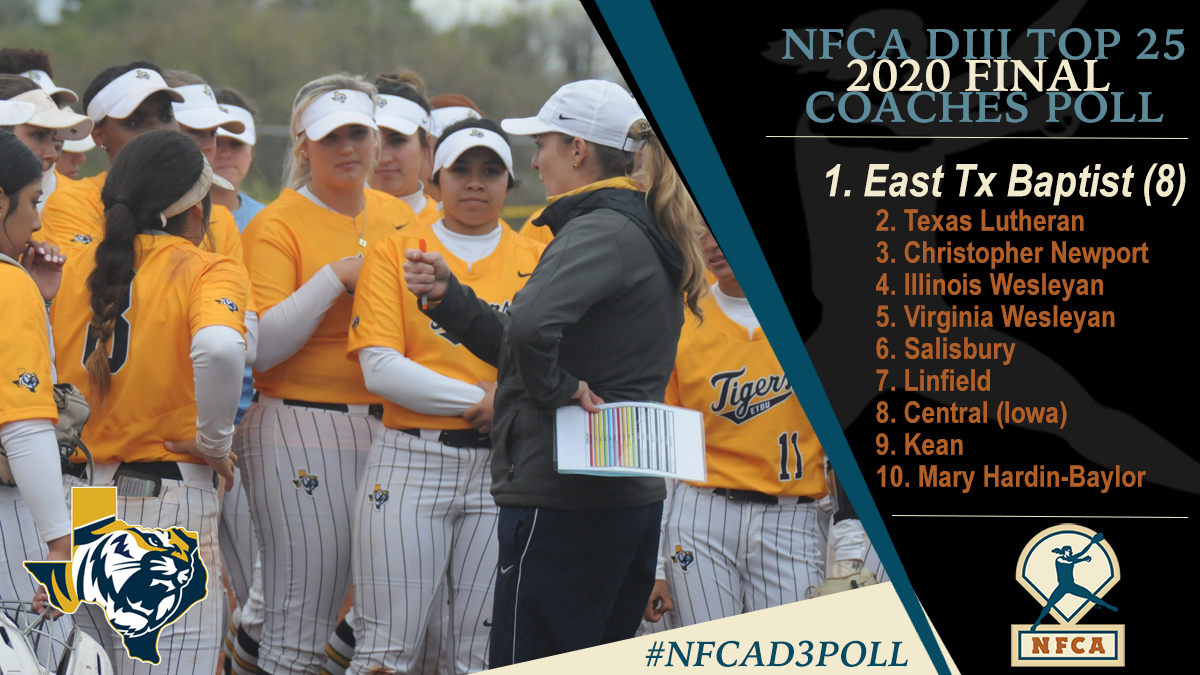 LOUISVILLE, Ky. — East Texas Baptist was undefeated when the COVID-19 pandemic put an end to 2020 season and remain No. 1 for the final NFCA Division III Top 25 Coaches Poll.

The (15-0) Tigers played one game after going 4-0 to capture the NFCA Division III Leadoff Classic in Tucson, Ariz., defeating Baldwin Wallace, 7-1, on March 10, two days before the NCAA announced it was canceling all spring championships.

East Texas Baptist beat three teams — DePauw, Emory and St. John Fisher — at the Leadoff that were ranked in the last poll (released on March 11) to end the run at No. 1 for 2019 national titlist Texas Lutheran, who had been the top team since the final ranking of last season.

The NFCA Division III Top 25 Poll is selected by eight NCAA Division III head coaches representing the eight NCAA regions. Final 2020 records are listed, with first-place votes in parentheses. With the odd ending to the season, the committee put an emphasis on ranking teams that were able to play games, over teams that were unable to get started when the season was halted.