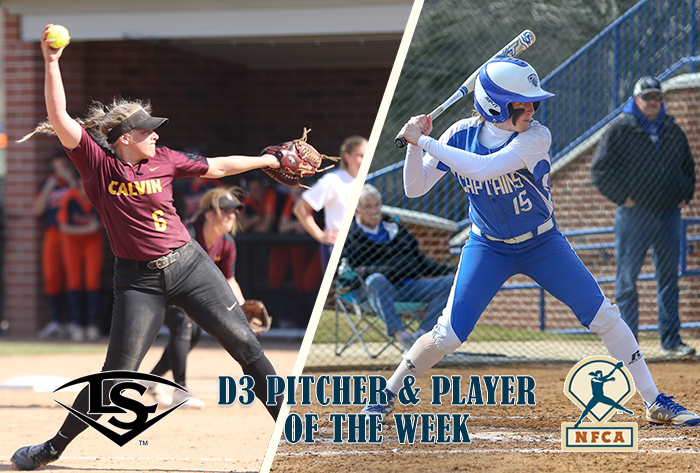 Junior right-hander Gernant pitched the (29-6) Knights past a pair of nationally-ranked opponents — Hope and Trine — and went 3-0 with a 0.00 earned-run average and 32 strikeouts over 28.2 innings in the circle. She held the nation’s second-best hitting team, Trine, to just two hits and fanned nine in a 7-0 victory on Saturday. The Valley High graduate also helped herself at the plate with a .421 average and six runs batted in.

Senior outfielder Andrews, meanwhile, is the second-straight Captain to be honored. She was 6-for-12 (.500) with nine runs, four walks, a double, three homers and 12 RBI. Menchville High product Andrews had a two-run homer, three-run homer and a grand slam, as regular-season champion and top seed Christopher Newport (33-7) went 3-1 against Frostburg State and Penn State-Harrisburg in one of two first-round pods of the Capital Athletic Conference (CAC) playoffs. The Captains will host No. 2 seed Salisbury, who won the other pod, in the best-of-three CAC championship series starting Friday at Captains Park.