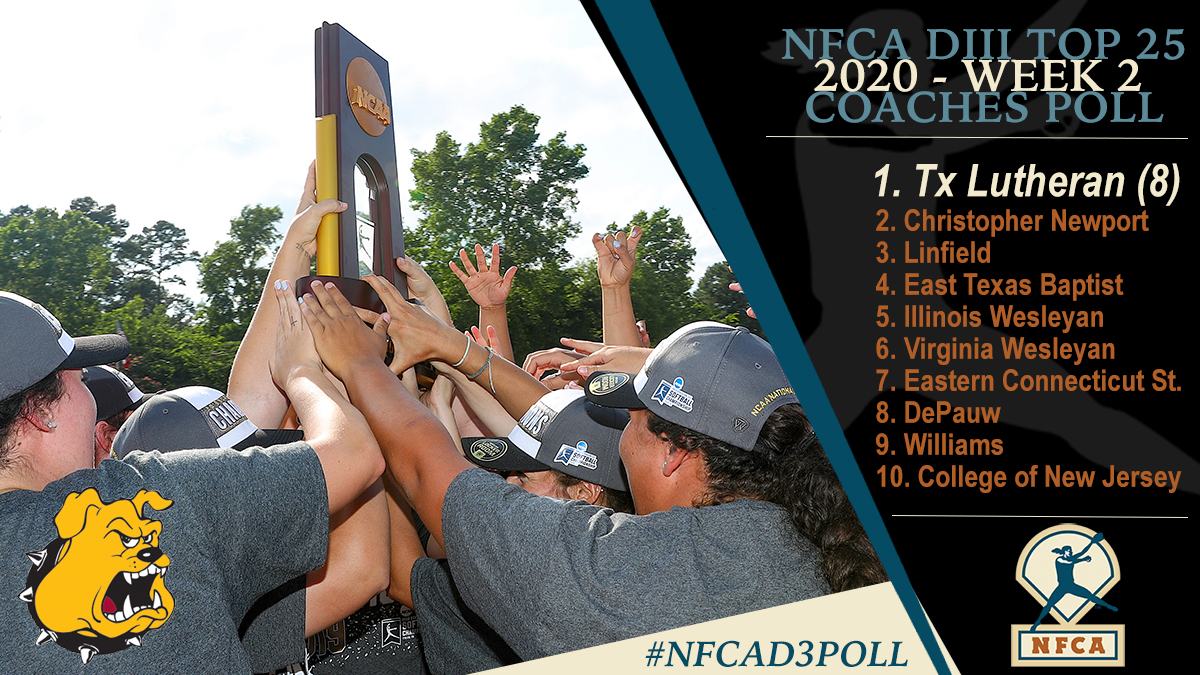 LOUISVILLE, Ky. — National champion Texas Lutheran picked up three more wins over the past week to continue its run as the unanimous No. 1 in the NFCA Top 25 Coaches Poll.

Since the (11-0) Bulldogs won their first NCAA Division III title last May they have won 17 straight games and 30 of their last 31, dating back to last April.

The first six teams in the poll — Texas Lutheran, Christopher Newport, Linfield, East Texas Baptist, Illinois Wesleyan and Virginia Wesleyan — have combined to lose just one game so far this season, while winning 50. The first five squads are unbeaten.

Wartburg (5-1) joined Ferrum as a newcomer to the rankings this week, while Lynchburg dropped out.