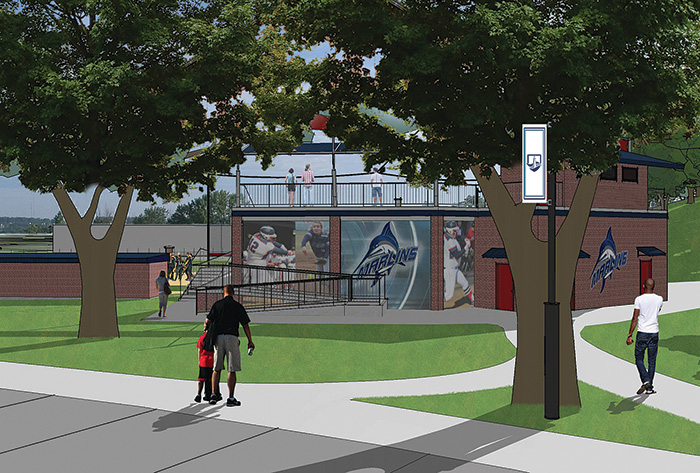 VIRGINIA BEACH, Va. — Big improvements will be coming to the Virginia Wesleyan University campus this summer, when construction starts on $500,000 worth of improvements to the softball complex for the reigning NCAA Division III national champion Marlins.

The renovations, funded by a gift from the TowneBank Foundation, will include grandstand seating, a press box, new backstop screen, new field fencing, a batting cage and other facility improvements. School officials said they expect the project to be completed this summer or in the fall.

To say I am excited would be an understatement,” head coach Brandon Elliott said. “The women in our program, and all of the amazing women who have come before them, have long deserved the recognition and blessings that have been poured over this program in the last year.”

“In addition to the TowneBank Foundation, we thank former Trustee Bob Aston and Trustee Emeritus Tom Broyles for making this field of dreams a reality for our program. They are longtime friends of the institution and we are grateful for their continued support of Virginia Wesleyan University and Marlin Athletics.”

“Many programs look for a facility to be built so they can win. This program has won, and, in turn, is being rewarded with a new facility,” Elliott said. “Not only is this a huge statement for our program, but a huge statement for the importance of women’s athletics at Virginia Wesleyan. I can’t help to think that the exposure and attention that softball has received over the last few years on a national level has played a part in attracting such prominent donors.”

“We are so grateful to Bob Aston, Tom Broyles and the leadership of Dr. Miller. TowneBank is a rockstar in the Coastal Virginia community and we are humbled to be in the same sentence, much less play on Broyles Field at TowneBank Park forever. As we say here in Virginia Beach, it’s certainly a great day to be a Marlin.”