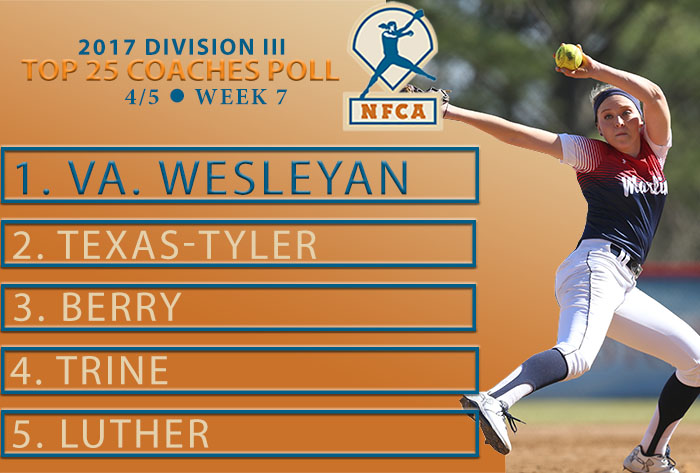 LOUISVILLE, Ky. — Virginia Wesleyan jumped two places this week to take over the No. 1 spot in the NFCA Top 25 softball rankings, returning to the position it held for two weeks last May.

The (29-1) Marlins, who went 4-0 over the last week, also jumped from third to first last season, when they ranked No. 1 in Division III for the first time in school history on May 4 and held that spot for two straight weeks. Like then, they received all eight possible first-place votes.

Berry (29-2), who had been No. 1 the past three weeks, dropped to third after a 4-1 week, which included an eight-inning loss to DePauw. Reigning national champion Texas-Tyler (28-2), meanwhile, remained the No. 2 team off a three-game sweep of Concordia.