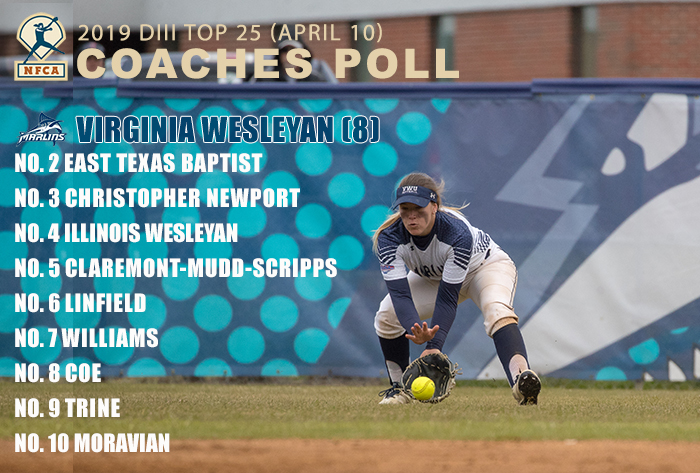 The (29-2) Marlins went 4-0 last week, and then swept Eastern Mennonite on Tuesday, to move back into the No. 1 position they had held for 25 straight weeks — a total of 720 days — before a doubleheader split with Christopher Newport on March 24 dropped them to second place behind the (23-3) Captains.

East Texas Baptist (30-1), meanwhile, also went 4-0 last week to extend its win streak to 10 and vault into the No. 2 spot, ahead of Christopher Newport, who won five games, but split with the same Randolph-Macon team that had already defeated Virginia Wesleyan and fellow ranked squad Rowan earlier this season.