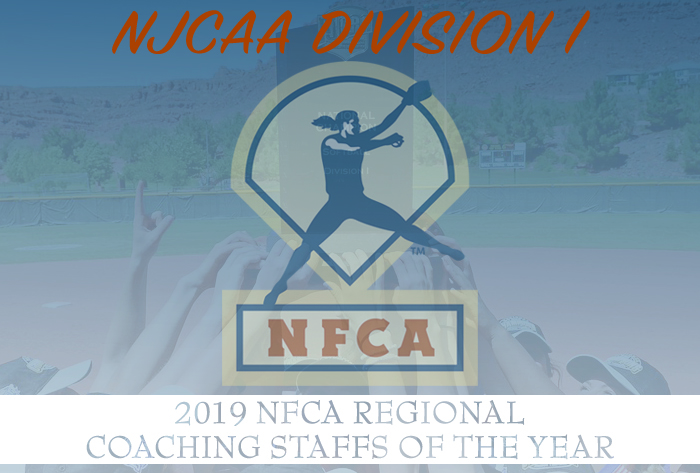 Tyler Junior College was voted by its NFCA peers as the top team in the Midwest Region, while College of Central Florida earned South Region accolades and Howard College garnered recognition in the West Region.

In the Midwest, the Apaches captured their first Region XIV Tournament title with a 6-3 victory over Angelina College. Under the guidance of third-year head coach Maria Winn-Ratliff and assistant Eric Henderson, TJC enjoyed an undefeated run to the regional title. Riding a 13-game winning streak, the Apaches are headed to their fifth straight national tournament, May 22-25 in St. George, Utah.

College of Central Florida earned the nod in the South Region after winning its fourth Mid-Florida Conference title and the 2019 FCSAA State Softball Tournament. The Lady Patriots, under sixth-year head coach Kevin Fagan and assistant Mike Lingle, are 54-9 and finished with their second-best conference record at 23-1. They enter the national tournament as the No. 2 overall seed.

The NFCA NJCAA Division I National Coaching Staff of the Year will be announced on June 7.