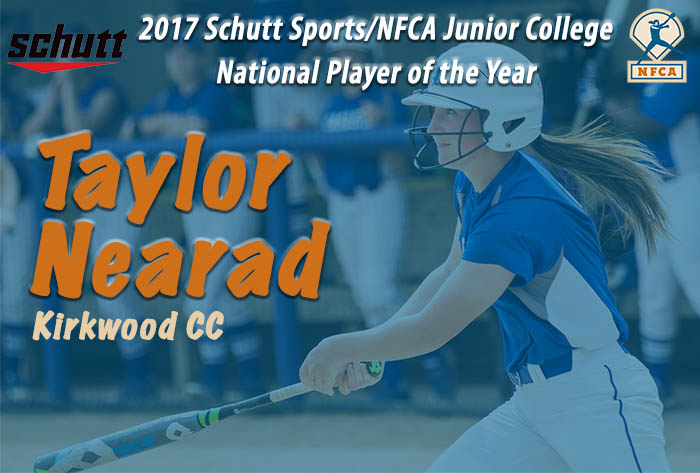 The award was voted on by the members of the NFCA’s Junior College All-American and Coaching Staff of the Committees, which are comprised of NJCAA I, II & III, Cal JC and NWAC.

A two-time NFCA First Team All-American, Nearad led the nation with 112 hits, 35 doubles and 106 runs. Additionally, she was third with a 1.014 slugging percentage, tied for fourth in home runs with 19 and sixth in RBI with 80. Hitting at a .516 clip, the Solon, Iowa native swept the Region XI Offensive and Defensive Player of the Year awards.