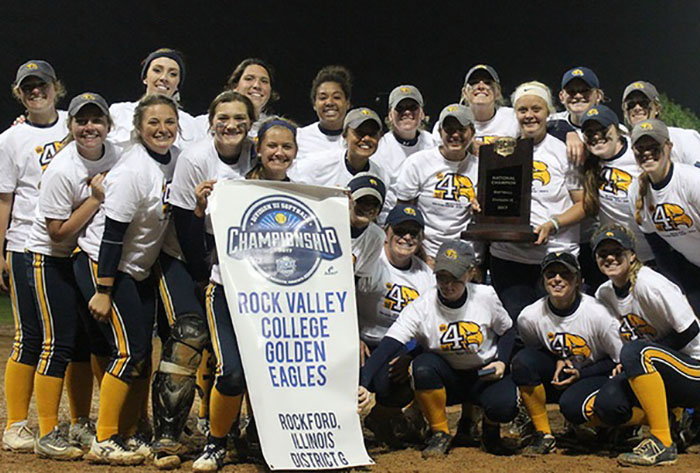 ROCHESTER, Minn. – Rock Valley (Ill.) put an exclamation point on the 2017 NJCAA DIII Softball season with a dominating 20-0 victory over Suffolk County (N.Y.) to clinch its fourth consecutive national title. The four straight national championships by Rock Valley sets a new record in NJCAA DIII softball for the most consecutive titles won. The Golden Eagles end its championship season with 57 victories - the most in program history.

Rock Valley was the clear favorite in the tournament field, entering the championship as the No. 1 seed after holding the top ranking in the NJCAA for the entire season. The Golden Eagles did not surrender a run over their four game stretch in Rochester, outscoring their opponents 41-0.