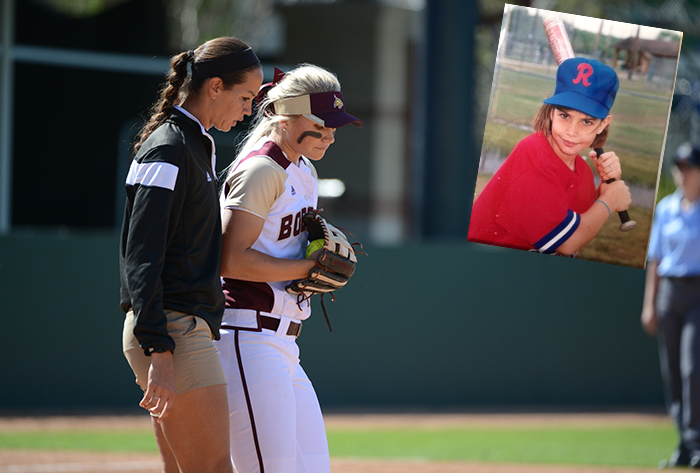 “Without question, Ms. Osterman was one of the most dominate forces ever to step inside the softball circle, and we’re proud that her legendary career began on a Little League field,” said Stephen D. Keener, Little League President and CEO. “As a young girl, she showed leadership, a strong work ethic and a total commitment to the teams she played on. The drive she showed on the Little League Softball fields at the Bear Creek Little League continued through her collegiate, Olympic, and professional career and not just on the field, but in the classroom and as a teacher and mentor, as well. We are honored to enshrine Ms. Osterman into the Little League Hall of Excellence.”

As a child, Osterman preferred soccer and basketball until the day her Little League Softball coach needed another pitcher because the team’s top two pitchers could not throw due to Little League’s pitch count regulations. Osterman volunteered, fell in love and never left the softball circle.

After graduating from Cypress Springs High School as the Gatorade National Softball Player of the Year, Osterman joined Team USA Softball, where she accumulated an impressive career that included a top national ranking in strikeouts per seven innings (15.4) and appeared on the cover of Sports Illustrated on two separate occasions. While playing at the University of Texas, she became the first NCAA pitcher to register 2,000-plus strikeouts and would later go on to win a gold medal in the 2004 Summer Olympics and a silver at the 2008 Summer Olympics.

During her time as a Texas Longhorn, Osterman was named USA Softball National Player of the Year three times. As a freshman, she pitched the first perfect game in Longhorn softball history – the first of seven career perfect games and just one of her 20 career no-hitters. Osterman was also a four-time National Fastpitch Coaches Association (NFCA) All-American and a three-year member of the All-Big 12 Academic Team.

In 2006, Osterman was the first overall pick in the National Pro Fastpitch (NPF) draft and in 2007, made her professional debut for the Rockford Thunder, striking out 24 batters in a 12-inning, 1–0 win over the Chicago Bandits. In her rookie season, Osterman set a league record with career best strikeout ratio of 12.5. She also had her first career professional no-hitter with a win over the New England Riptide, which led her team to the Cowles Cup Championship. In 2009, Osterman would go on to win the Cowles Cup Championship and was named an All-Star and MVP. She retired from the NPF after the 2015 season.

In 2006, Osterman made her television broadcast debut during ESPN2's broadcast of the National Pro Fastpitch Championship and All-Star Games. Currently, Osterman is a softball coach at Texas State University.

Little League® Baseball and Softball is the world’s largest organized youth sports program, with 2.4 million players and one million adult volunteers in every U.S. state and more than 80 other countries. Founded in 1939, more than 35 million people around the world, from a U.S. president to community leaders to professional athletes, can call themselves Little League graduates. And every year, millions of people follow the hard work, dedication, and sportsmanship that the Little Leaguers display at our nine baseball and softball World Series events, the premier tournaments in youth sports. For more information, visit LittleLeague.org

). Follow all of the action from the nine Little League World Series at llbws.org

or on social media at hashtag: #LLWS.