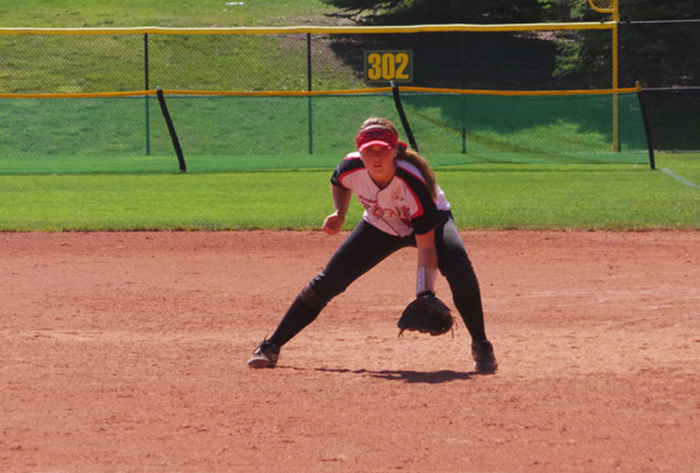 The 2015 TC/USA Nationals, one of the most competitive fastpitch-softball events of the year, arrives in Nevada for the second time in three years starting July 14-17. More than 180 teams will be attending, with some of the top teams in the country featured in the 14, 16 and 18 Open divisions.  According to the U.S. Club Rankings, 58 of the top 100 teams in the nation will be competing including five of the top 10 and 31 of the top 50.

“The TC/USA Nationals brings together elite softball clubs from across the country to compete for a national championship,” said tournament director Krista Crawford.  “Each year the event is played in a different region of the U.S. This year we are excited to be bringing the event back to the Reno/Tahoe, area.  The region’s premier facilities, excellent lodging partners and ease of access for teams made it a no-brainer to come back.”

Twenty-two states and Canada are represented in the field this year (Arizona, California, Colorado, Florida, Georgia, Illinois, Kansas, Kentucky, Michigan, Mississippi, Nebraska, Nevada, New Jersey, New Mexico, New York, Oklahoma, Oregon, Pennsylvania, Tennessee, Texas, Virginia, and Washington). Both Texas and California will have 55 teams represented in the field. Arizona will bring 11 teams of their own and host-state Nevada has six teams competing in the tournament.  As the only team from Nevada in the 18 Open division, the hometown Reno Heat will be in action.  In the 16 Open division, the Nevada Lightning and NorCal Strike Zone, both from Reno, will be competing.

“We are thrilled to be hosting TC/USA Nationals for a second time here in Reno Tahoe USA,” Director of Sports Development Shelli Fine said. “This event combines some of the best amateur softball in the country with a vacation destination in peak season. Our community’s love for sports and ability to comfortably welcome more than 3,000 competitors from 22 states will allow us to produce a one-of-a-kind event.”

On Friday, July 17, CBS Sports Network will televise both the 16 Open and 18 Open title games live to a national audience. The 16’s championship game is slated for 6:00 p.m. ET, and the 18’s championship is scheduled for 8:30 p.m. ET and will be played at the University of Nevada-Reno campus

Thad Anderson (play-by-pay) and Amanda Freed (analyst), gold medalist in the 2004 Athens Olympics, will be calling the action. Viewers will be able to watch elite softball on CBSSN which is available on local cable, video and telco providers, and via satellite on DirecTV Channel 221 and Dish Network Channel 158.

While the TC/USA Nationals ends on July 17, the action on the field and teams arriving in Reno/Tahoe won’t stop there.  On July 20-25, the Triple Crown 16U/18U World Series arrives in the area, bringing in an additional 150 more teams. This is the 19th year of the Triple Crown World Series which rotates age divisions through different cities each year (Park City, San Diego, and Reno/Tahoe).  In 2014, the Reno-Tahoe area hosted the 10u and 12u World Series.

Triple Crown Sports has been running youth, high school, and college tournaments, camps, and showcases in baseball, basketball, fastpitch, and volleyball for 32 years.  In all, TCS runs more than 300 events nationwide, produces 13 nationally televised games on CBS Sports Network, and webcasts hundreds of games in conjunction with GM28 Productions on its media platform at WatchTCS.com

.  TCS also owns and produces men’s and women’s NCAA college basketball events including the Preseason and Postseason WNIT and the Cancun Challenge.  In 2015, TCS hosted the first-ever NCAA D-I softball games played outside of the U.S. in Puerto Vallarta, MX as part of the inaugural PV College Challenge.

) to help target the top 14U, 16U and 18U teams in the country. TCS takes the top 100 teams listed on the NCR and gives an automatic berth to a program’s 18 Gold, 16U and 14U teams, along with the top five regionally ranked teams from 13 regions around the country. Invites are not passed down if a team chooses not come.  Instead, TCS fills all open spots with at-large selections.  At-large teams fill out an application listing reasons why TCS should select them to fill the remaining spots.