History of the NFCA

The idea for a softball coaching association first developed from discussions at the National Collegiate Women’s Softball Championships in the early 1980’s, with Judy Martino of the University of North Carolina credited with the initial thought. Collegiate coaches wanted awards programs, a forum to discuss issues affecting their sport, a means to better educate coaches and update them on softball-related actions, and representation of the group’s views in organizations such as the NCAA and ASA.

The first meeting of the NSCA directors was held in Durham, North Carolina, in December of that year. The first set of bylaws was adopted, Susan Craig, University of New Mexico, was elected as the first president and Martino was confirmed as the executive director of the NSCA, a position she held for five years. Martino and NSCA lawyer Roger Bernholtz had written the first set of bylaws, based largely on those of other coaches associations.

It was determined that the purpose of the National Softball Coaches Association was “to educate softball coaches and the public in the game of softball, including coordinating the relationship between softball team membership and other educational endeavors through the development of softball in all its aspects as an amateur sport, including maintaining communication of new ideas and discussion of issues involving softball and education.” The NSCA planned to achieve these goals by initiating softball clinics, hosting national softball conventions, conducting regional meetings, and by providing official publications to all members. The major sources of income were expected to come from membership dues, corporate sponsors and clinics.

Other milestones in the Association’s history are:

Today, the NFCA has grown from 40 members in 1983, to over 5,500 members in 2020. Revenues exceed $1,800,000 a year, and the NFCA has a staff of eleven people. Major programs run by the NFCA include awards programs, a national convention, recruiting camps, Leadoff Classic tournaments for NCAA Division II, Division III, NAIA and junior college, and USA Today coaches polls for NCAA Division I, Division II, Division III and high school. The NFCA’s newspaper, Fastpitch Delivery, has become one of the nation’s best softball publications, and its Web site —nfca.org — is one of the most-visited softball-oriented sites in the country. The NFCA started publishing Top Recruit, a magazine focusing on the softball recruitable student-athlete, in 2006 to distribute to member schools to distribute during their annual camps.

The National Fastpitch Coaches College, which gives coaches in-depth training in all aspects of the game, was started in 2002. The NFCC, which has seen over 2,500 coaches take at least one course, has unveiled all eight courses, which are now being offered nationwide. The NFCC has received stellar reviews from attendees, and it achieved a major milestone during the 2005-06 year when it awarded its first list of Four-Star Master Coaches. Currently, 135 coaches have received the status of Four-Star Master Coach. 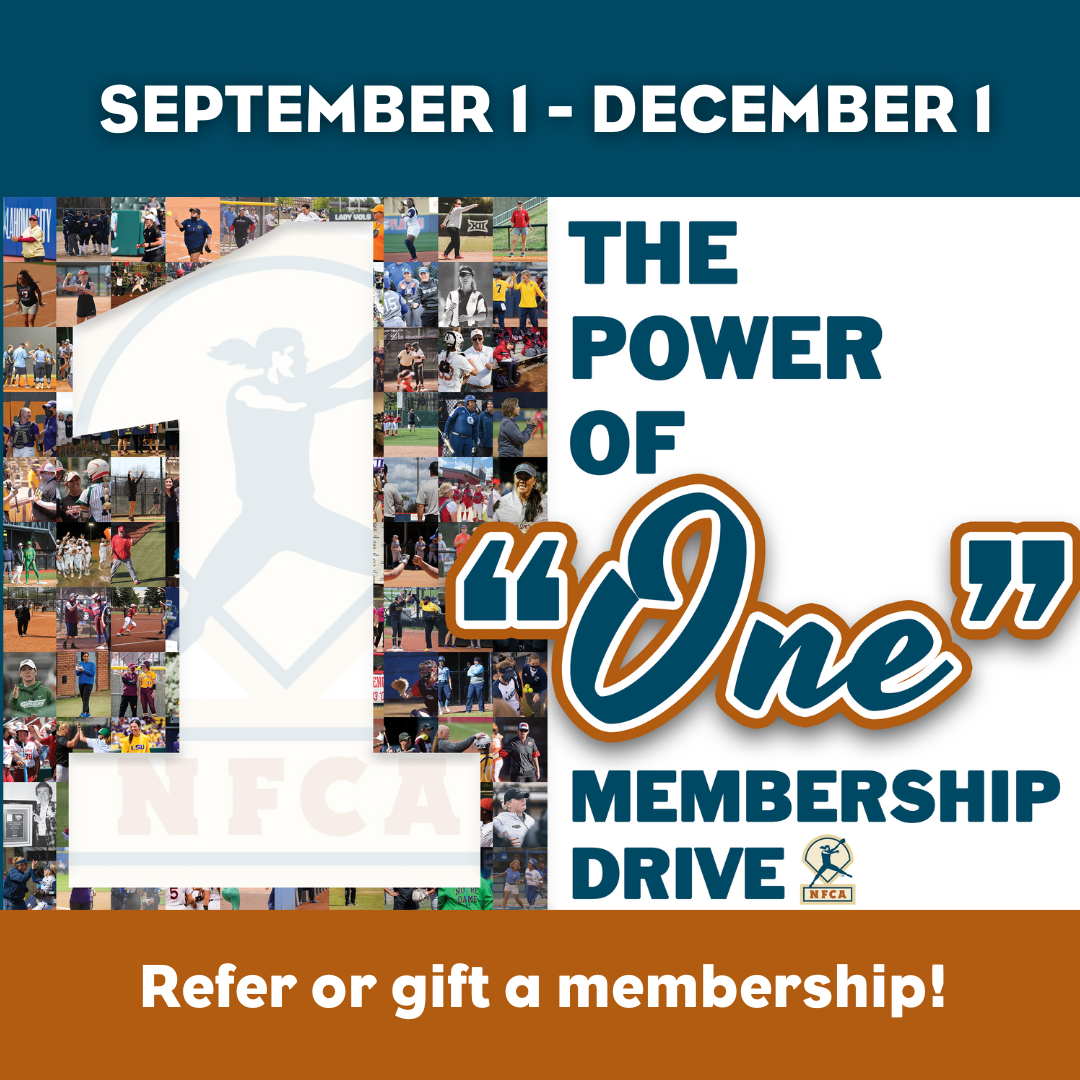